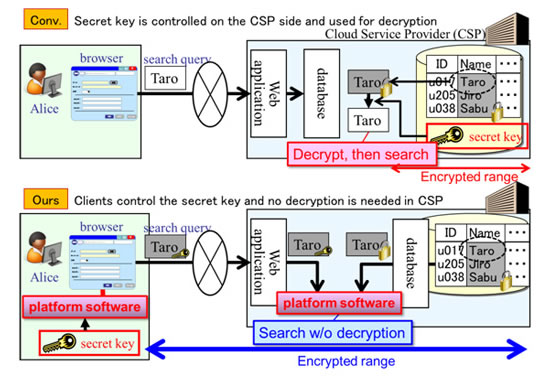 Mitsubishi Electric has developed Japan’s first searchable encryption platform software that supports both data encryption and access control for users who perform keyword searches in the cloud. The new software will enhance the security of cloud services where sensitive information normally is uploaded in encrypted code but retrieved without decrypting. The platform software incorporates Mitsubishi Electric’s searchable encryption algorithm, which supports simple but useful access control functionality, such as group-based document sharing. The encryption algorithm enables documents to be encrypted so that only the users of designated groups (departments, divisions, etc.) can perform keyword searches. 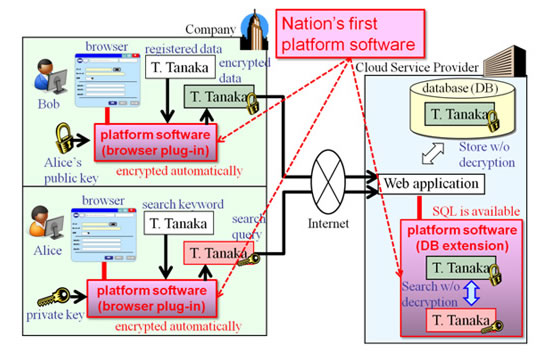 Mitsubishi Electric’s new index generation software for searchable encryption allows authorized users to issue a ticket, which is then used by the cloud service provider to generate an index from the encrypted data for accelerated searches. Each one-bit index accelerates the search by a factor of approximately two. Mitsubishi Electric also has implemented a new automatic parallelization system in the platform. As a result, searches require no more than 1-3 seconds for 100,000 pieces of data, which is several hundred times faster than Mitsubishi Electric’s prototype system utilized for research. 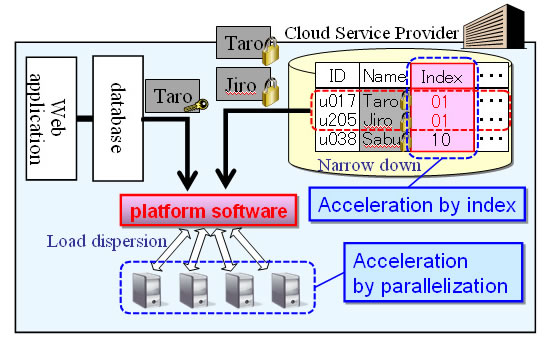 Encryption and key management programs are implemented as an ActiveX plug-in module, so users on the client side are not required to install dedicated application software in their PCs. Instead, they access the cloud services via Internet Explorer. Also, the platform can be used with commercial DBMS software, and SQL languages can be used to access the platform. The software will be presented at the DICOMO 2013 Symposium, which will take place at the Hotel Daiheigen in Hokkaido, Japan from July 10-12.