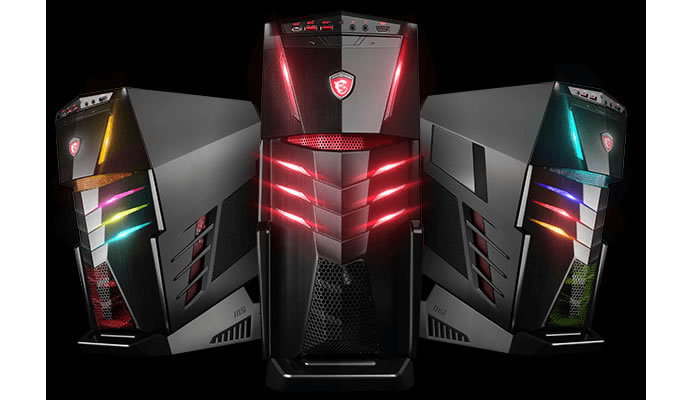 MSI announced a new addition to the Aegis Series, MSI Aegis Ti. Aegis Ti uses the crème de la crème of hardware, including an unlocked Intel Core K-series processor for great overclocking abilities. The MSI Aegis Ti houses two MSI GeForce GTX 1080 graphics cards in a 2-way SLI setup, doubling up its GPU power for amazing visual details and the best possible graphical performance for a 4K or VR gaming experience. The Aegis Ti harnesses the Aegis Series’ characteristic, breathtaking case design which is conveniently built so that it can be upgraded at any time. Coupled with its own Silent Storm Cooling 3 solution, its cooling efficiency is unmatched, making the Aegis Ti a true dream PC for gamers that simply want it all. 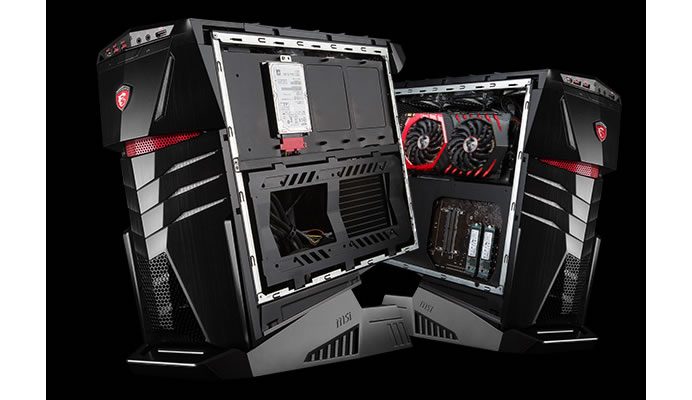 Aegis Ti uses Super RAID 4 to achieve super speeds up to 32Gb/s using M.2 Gen3 x4. Turbo M.2 is more than 5 times faster than a regular SATA III connection! Choose a style with Mystic Light RGB LED built into the front of the case and select any of the colors from the palette to match and give Aegis its own gaming look. MSI Aegis Ti supreme gaming PC is built for extreme gamers that seek for maximum performance.