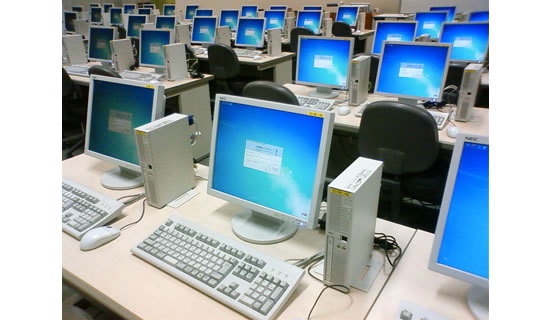 NEC recently announced the completion of an educational computer system for Kyoto University that began operating in March 2012. The new computer system is an information processing facility for use by students and teaching staff in the university’s classrooms for educational and research purposes. Kyoto University has updated the approximately 1,400 terminals in its computer classrooms with a thin client system and introduced virtual desktop services that permit the remote use of the system. The NEC educational computer system uses multilingual OS and Microsoft Office applications. Login screens automatically appear in each user’s language, which is previously registered in the user management information. It also allows the users to select a language at the time of login.

The new system requires only half the number of core servers and features compact, low power consumption workstations. This permits a 60% reduction in power consumption compared with the previous system, resulting in an energy-saving environment. The system is also user-friendly for the increasing number of overseas students. It utilizes a multilingual operating system, which permits the use of a desktop environment and Microsoft Office applications in each user’s language.