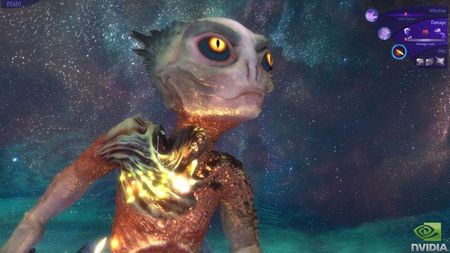 Nvidia today announced the latest consumer GPU based on the Nvidia Fermi architecture, the GeForce GTX 580. The GeForce GTX 580 GPU delivers the world’s fastest performance for DirectX 11 (DX11) games, and support for NVIDIA 3D Vision, Surround, PhysX, SLI and CUDA technologies, further entrenching GeForce-based PCs as the most robust gaming platforms in the world. The combination of an innovative vapor chamber thermal solution and new architectural enhancements make the GTX 580 the fastest and quietest GPU in its class, delivering an increase of up to 35 percent in performance per watt and performance that is up to 30 percent faster than the original GeForce GTX 480.

For the most recent games that feature tessellation — the key feature of DX11 — the 512-core GeForce GTX 580 is up to 160 percent faster than the closest competitive product. Even in previous-generation DX9 and DX10 games, the GeForce GTX 580 is faster by up to 62 percent, including in the blockbuster PC title StarCraft II.