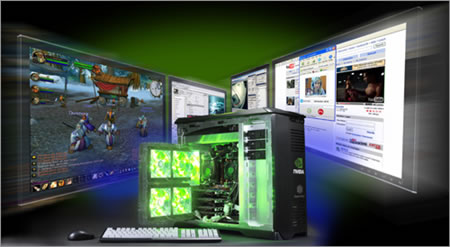 The combination of new AMD Quad FX Platform using AMD Athlon 64 FX-70 series processors and the sheer functionality of new NVIDIA nForce 680a SLI MCP will allow users to build a system that can serve as both a home media server for video and music, power the latest video and image editing software, provide a compelling NVIDIA SLI gaming experience, and hold its own against any multi-display desktop PC today.
Via – Nvidia