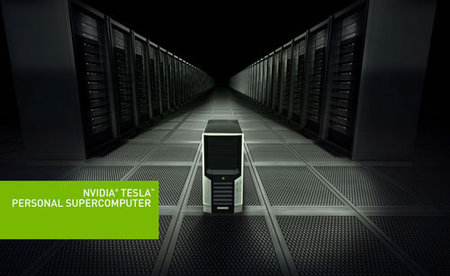 NVIDIA Tesla Personal Supercomputer equivalent to computing power of a cluster at 1/100th of the price!

NVIDIA and its worldwide partners today announced the availability of the GPU-based Tesla Personal Supercomputer, which delivers the equivalent computing power of a cluster, at 1/100th of the price and in a form factor of a standard desktop workstation. Priced like a conventional PC workstation, yet delivering 250 times the processing power, researchers now have the horsepower to perform complex, data-intensive computations right at their desk, processing more data faster and cutting time to discovery. At the core of the GPU-based Tesla Personal Supercomputer is the Tesla C1060 GPU Computing Processor which is based on the NVIDIA CUDA parallel computing architecture. 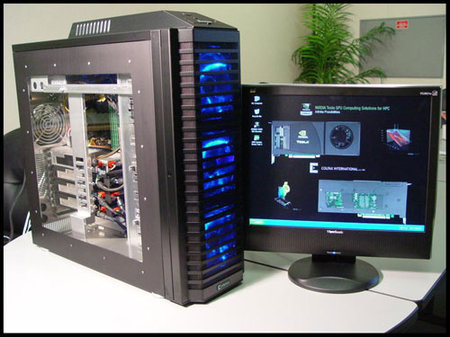 Leading institutions including MIT, the Max Planck Institute, University of Illinois at Urbana-Champaign, Cambridge University, and others are already advancing their research using GPU-based personal supercomputers. GPU-based Tesla Personal Supercomputer enables us to run life science codes in minutes rather than the hours it took earlier. This exceptional speedup has the ability to accelerate the discovery of potentially life-saving anti-cancer drugs.