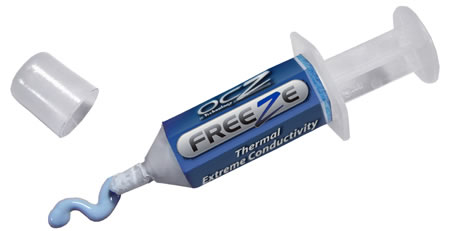 OCZ today released a unique thermal compound, Freeze based on a Proprietary Formula. Using the latest innovations in thermal management compounds, OCZ Freeze has higher heat conductivity potential than leading silver-based thermal pastes on the market today, offering an ultra-reliable solution for all computing environments. Based on a proprietary formulation of thermally conductive ingredients, OCZ Freeze can lower CPU core temperature as much as ten percent when compared to conventional silver-based compounds that are a popular choice amongst enthusiasts. OCZ Freeze compound helps maximize overclocking results by reducing the thermal barrier between the CPU and cooler, giving you a performance edge during the toughest computing situations. 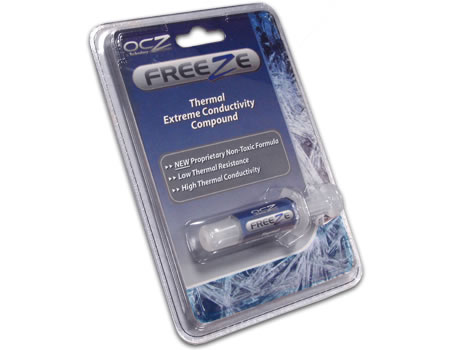 Combining low thermal resistance with high conductivity, OCZ Freeze is the premium choice for enthusiasts looking to get the maximum overclock from their CPU, and supports the stability needed to push your system to its limit.