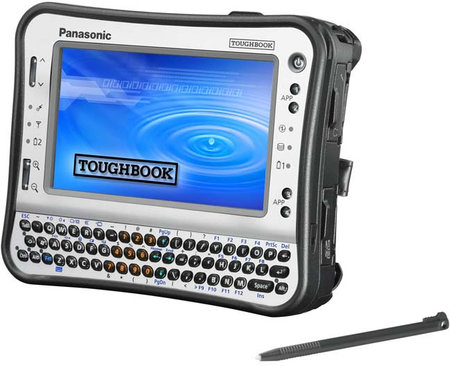 Panasonic has developed a small PC featuring Intel’s new Intel Atom processor as a new lineup of its ToughBook industrial notebook PC series, which features high durability. The Panasonic ToughBook is expected to feature a 5.6-inch touch screen LCD and weigh less than 1kg. With its rear and side surfaces covered with resin as the TouchBook series predecessors. The new computer seems to employ an SSD (solid state drive) as a storage device in a bid to increase its shock resistance. It will also allow a battery life of more than 10 hours so that it can be operated all day outside, as well as allowing users to replace battery packs without switching it off. 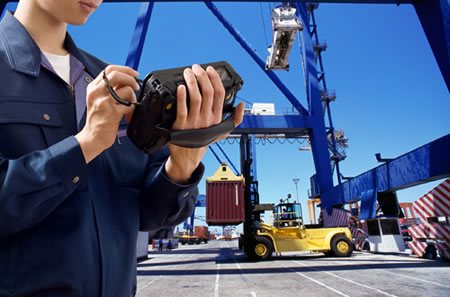 Expecting the computer to be used for plant maintenance and automobile maintenance, for example, Matsushita is planning to commercialize the PC around the fall of 2008.

The new Panasonic ToughBook will be able to incorporate camera, barcode reader, fingerprint verification and GPS capabilities, for example, in accordance with its purposes. The Panasonic ToughBook has been showcased as a reference at CeBIT 2008 being held in Hannover, Germany from March 4, 2008