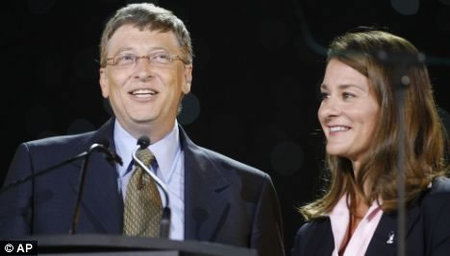 We wish Bill and Melinds Gates all the happiness in the world. Without Bill Gates and his great vision to make computers easy for idiots like us, life for us would have been –only God knows. 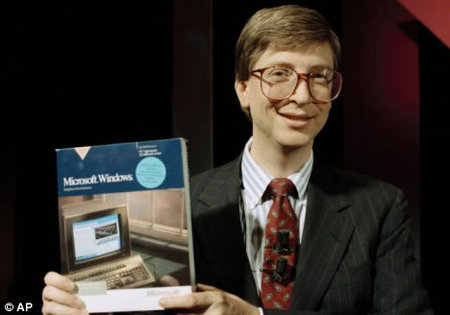 A Harvard University dropout who ushered in the home computer age and made billions of dollars along the way will step down from Microsoft Corp, which he founded more than 30 years ago. Gates was born on October 28, 1955, the second of three children in a prominent Seattle family. His father, William Henry Gates Jr., was a partner at one of the city’s most powerful law firms, while his late mother, Mary, was an active charity fund-raiser and University of Washington regent. He was introduced to computers at the exclusive Lakeside Preparatory School, where the teen prodigy began programming in BASIC computer language on a primitive ASR-33 Teletype unit. Gates first programmed a computer at 13, creating a class scheduling system for his Seattle high school. Gates realized at an early stage of the PC revolution that software would be more important than hardware. Working with boyhood friend Paul Allen, Gates founded Microsoft, naming the company for its mission of providing microcomputer software. Rest is history.

The Bill & Melinda Gates Foundation (B&MGF) is the largest transparently operated charitable foundation in the world, founded by Bill and Melinda Gates in 2000 and doubled in size by Warren Buffett in 2006. The primary aims of the foundation are, globally, to enhance healthcare and reduce extreme poverty, and, in the United States, to expand educational opportunities and access to information technology. The foundation, based in Seattle, Washington, is controlled by its three trustees: Bill Gates, Melinda Gates, and Warren Buffett. On May 4, 2006, the foundation received the Prince of Asturias award for International Cooperation.