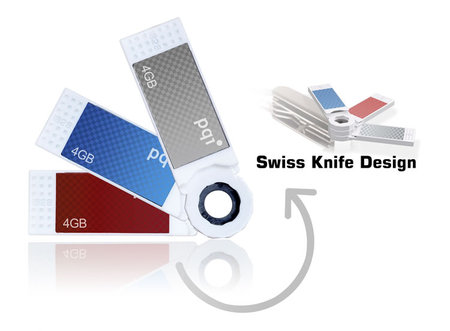 PQI Intelligent Drive i828’s design concept came from Swiss army knife design for easy storage and add-on capacity. Its add-on capability is the first of its kind implemented into USB flash drive technology. It makes use of existing i828(s) or purchase of multiple i828s, users can add-on extra capacity and still carry just the one USB flash drive! Breaking away from traditional USB flash drive design, i828’s ultra minute size is unique and one of a kind. Aesthetically design, it is available in silver, royal blue and red. Constructed with carbon material, it is finger-print proof and at the same time, it creates an illuminant effect! 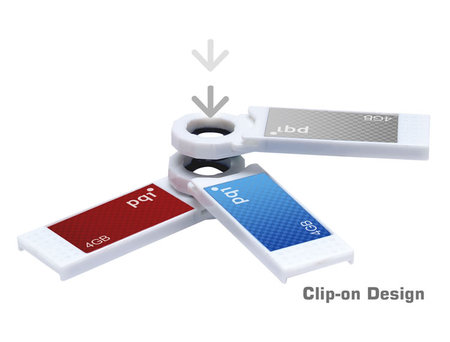 PQI Intelligent Drive i828 utilizes PQI’s Intelligent Stick Interface (compatible with USB 1.1 /2.0) and constructed with a special COB process in a one-body design to create an ultra portable USB flash drive. The COB process makes the drive waterproof and dust-proof. Available in single or three-in-one combo pack with 1~4GB capacities, its clip-on design allows for unlimited add on storage and at the same time, make use to existing i828s. PQI Intelligent Drive i828’s minute size is suited for use as a mobile phone dongle and with its clip-on design, users can add extra capacities to it according to ones need.