The Samsung PRO Plus 128GB microSD memory card can record up to three hours and 50minutes of 4K UHD video or 16 hours and 20 minutes of Full HD video in action cameras without the need to change or replace the memory card. In addition, the PRO Plus 128GB microSD can store a maximum of 10,940 photos or 30,670 MP3 songs based on Samsung’s estimated user settings and configurations.

The PRO Plus 128GB microSD card is designed to be compatible with any device that has a microSD slot, and is equipped with the recently upgraded Samsung 4-proof features, which include waterproof (IEC 60529, IPX7), temperature proof, X-ray proof, and magnetic proof protection. The Samsung PRO Plus 128GB microSD is the newest addition to Samsung’s PRO Plus lineup, which was first introduced in 32GB and 64GB versions in May 2015. The 128GB microSD features the highest-quality MLC NAND flash memory and UHS-I Speed Class 3 (U3) and Speed Class 10 support, offering the industry’s fastest speeds of up to 95MB/s and 90MB/s for read and write respectively. 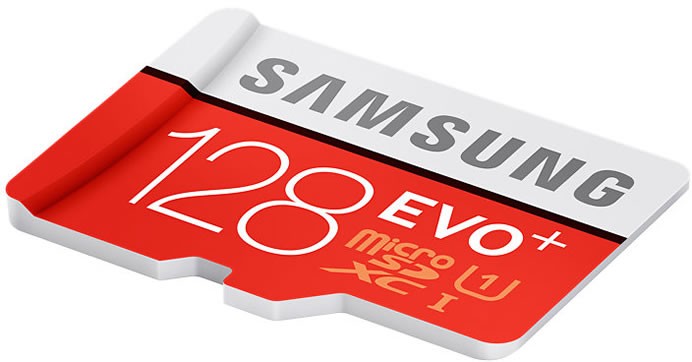