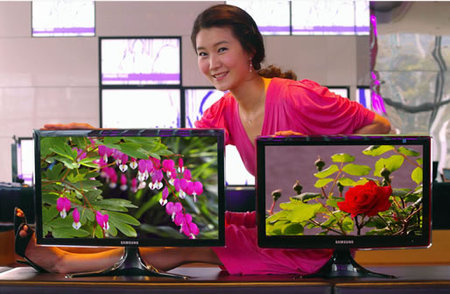 The 50 series employs a Charcoal gray ToC design, a stand with a chrome finish and a delicate wave back-pattern. The 30 series differentiates itself with its Mystic Brown ToC design, a color not commonly found in conventional monitors. Unique to the 50 series is a new feature called Magic Return. When users are working with two monitors, Magic Return automatically moves content from a screen that is abruptly turned off to the screen that is still on, enabling content to be accessed even if one of the monitors gets disconnected, or shuts off.