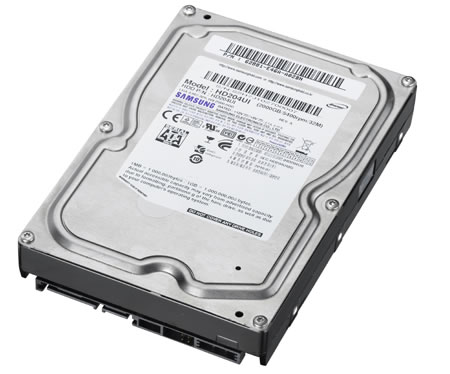 Samsung today announced the F4EG, the world’s highest-density, environmentally friendly hard disk drive for the desktop market. The EcoGreen F4 features a 2-terabyte (TB) capacity – 667GB for each of its three disks – and is capable of storing up to 880 hours of DVD video or 500,000 songs in MP3 format. With its three disks and advanced technology, the F4EG drive is 19 percent better in standby time performance and has 23 percent lower power consumption in standby mode than the previous four-disk model, the F3EG.

Eliminating halogen compound and brominated flame retardant from the PCBA, the new model is produced with eco-friendly materials and meets all the environmental regulations including RoHS. The Samsung F4EG incorporates a 3.0Gbps SATA interface, Native Command Queuing and a 32MB buffer memory. The Samsung 3.5” F4EG drive will be available in September in 1.5TB and 2TB capacities.