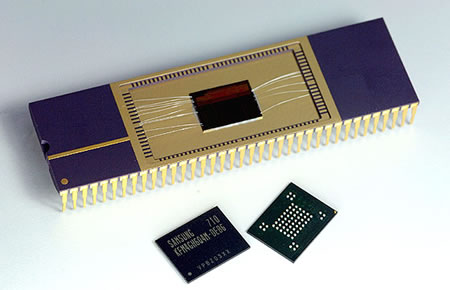 Samsung announced today at its annual Mobile Solution Forum in Taipei a new fusion semiconductor that enables consumer electronics designers to use both types of NAND flash memory – single level cell (SLC) and multi-level cell (MLC) NAND – in the same device for the first time.The Flex-OneNAND fusion semiconductor is a single silicon chip with new Samsung software that permits CE designers to use a single-die solution for providing either SLC or MLC functionality or a combination of both. This enables much greater flexibility in memory utilization through the easy modification of a CE product even after the original design has been completed.

Samsung plans to begin producing the 4 GB Flex-OneNAND next month.