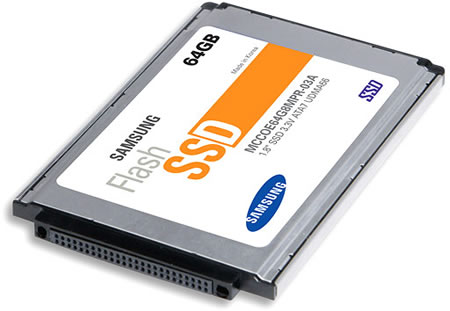 Samsung expects that sales of SSD units will increase at a rapid 270 percent pace industry-wide between now and 2010 to become the largest growth segment in the NAND flash industry. Samsung’s mass production of 64GB SSDs makes it the largest producer of high-capacity SSDs in the world.