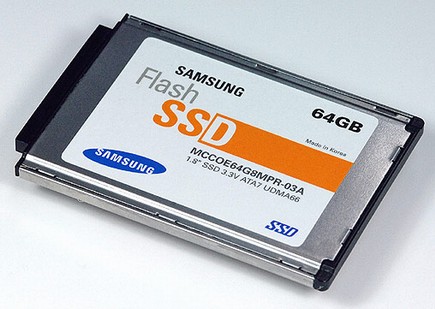 Samsung started shipping 2.5-inch 64GB SSDs to the world’s second largest PC maker Dell. The new Samsung SSD will be installed in Dell’s premium notebooks, which will go commercial late this year. Samsung said the new drives will be supplied to other major PC makers as well. Demand for Flash chips is expected to surge once Dell starts mass-producing notebooks with Samsung’s SSDs.

Unlike existing hard disc drives, SSDs use a Flash chip as a storage device and lack a motor and operating device, so they do not generate heat and noise while operating and boast improved shock-resistance. Market researcher iSuppli predicts that with a rapid growth of the SSD market, PCs will account for 20 percent of applications of flash chips by 2011.