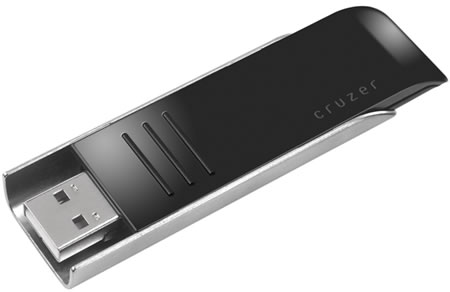 SanDisk Corporation announced availability of Cruzer Contour, a sleek USB flash drive that brings together high-end design and blazing speed. What especially sets apart Cruzer Contour, with its glossy black top and silver metallic body, is the drive’s unique sliding USB connector. Using a thumb to slide the top of Cruzer Contour back and forth brings out or hides the connector. There’s no visible switch, and no cap to lose.

SanDisk Cruzer Contour USB Flash Drive is available in 4 GB and 8 GB capacities and will be available in the United States in mid-June, and will become available in Asia in early July and in Europe in August. The 4GB model has a manufacturer’s suggested retail price of $99.99 in the U.S., and the 8GB for 189.99.