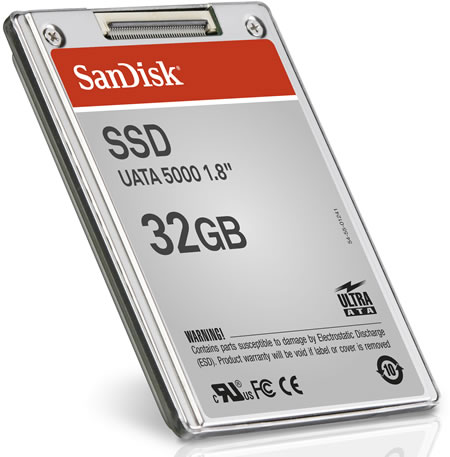 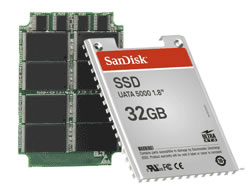 The SanDisk 2.5-inch SSD fits in the same internal slot as 2.5-inch hard disks, so notebook manufacturers can switch to the SanDisk SSD without altering their hardware designs.The 32GB, 2.5-inch SanDisk SSD is available now to computer manufacturers, with initial pricing of $350 for large volume orders. SanDisk SSDs will be demonstrated at the CeBIT show in Hannover, Germany, from March 15 to 21, 2007.