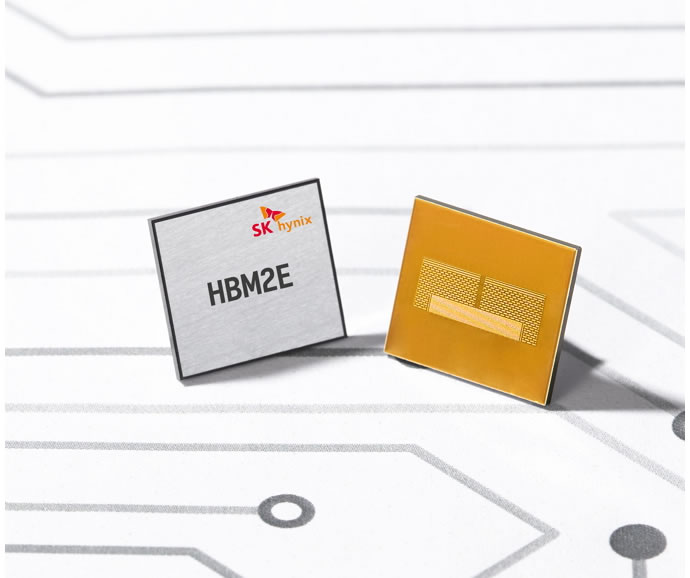 Unlike commodity DRAM products which take on module package forms and mounted on system boards, HBM chip is interconnected closely to processors such as GPUs and logic chips, distanced only a few ㎛ units apart, which allows even faster data transfer. Through utilization of the TSV (Through Silicon Via) technology, a maximum of eight 16-gigabit chips are vertically stacked, forming a single, dense package of 16GB data capacity. SK Hynix will start volume production of the new chip in 2020.