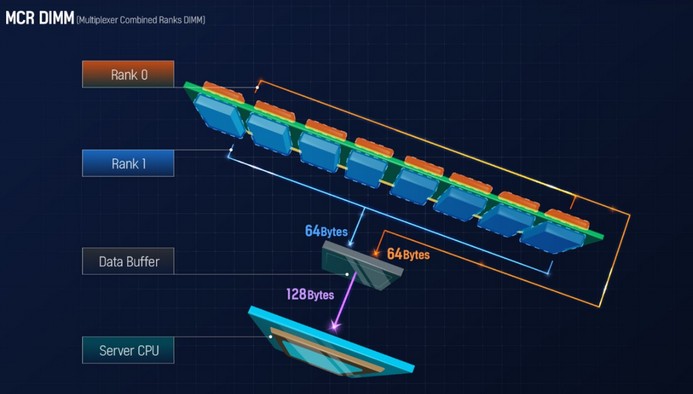 By enabling simultaneous operation of two ranks, MCR DIMM allows transmission of 128 bytes of data to CPU at once, compared with 64 bytes fetched generally in conventional DRAM module. An increase in the amount of data sent to the CPU each time supports the data transfer rate of minimum 8Gbps, twice as fast as a single DRAM. MCR DIMM is an achievement coming from out-of-the-box thinking with an aim to improve the operation speed of DDR5. Challenging the prevailing concept that the operation speed of DDR5 relies on that of DRAM chip itself, engineers sought to find a way to improve the speed of modules instead of chips for development of the latest product.

A close collaboration with business partners Intel and Renesas was key to success. The three companies worked together and cooperated throughout the process from the product design to verification. SK hynix expects the market for the MCR DIMM to expand driven by high performance computing that will take advantage of the increased memory bandwidth. SK hynix is planning to bring the product to mass production in the future.