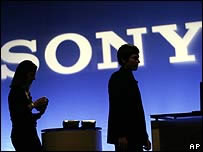 The number of laptop batteries Sony is recalling will total 9.6 million worldwide, the company said on Thursday, shedding more light on the scope of a problem that has rattled confidence in the company’s image. Sony’s defective battery packs have caused massive recalls, with nearly every major laptop computer maker to ask customers to return their batteries subject to replacement. The problem stems from batteries that can short-circuit, causing some computers to overheat or even burst into flames. Previously, Sony had not provided a figure of how many batteries would be subject to recall.