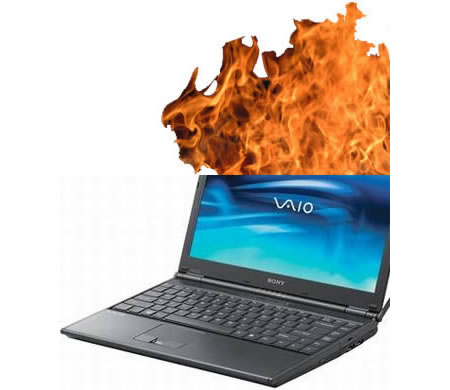 Sony to recall 440,000 VAIO TZ laptops worldwide due to overheating

Of the 440,000 laptops to be recalled for free repair about 67,000 units are sold in Japan. Sony has confirmed 83 cases of overheating in Japan and 126 such cases overseas since August 2007.The Sony VAIO TX series in question could cause overheating around the power point or the frame of the liquid display due to defects.