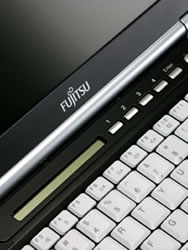 Fujitsu has said a defective Sony-made battery pack sent off sparks in one of its laptop for the first time, amid a global recall of similar batteries. The user of the laptop suffered a slight burn on the hand, in the incident in Japan on Tuesday. This was the first such incident in Japan. Fujitsu was in the process of replacing 51,000 Sony-made battery packs in addition to 287,000 already recalled. As many as 9.6 million Sony-made lithium-ion batteries are being recalled by a host of computer manufacturers. Fujitsu and Sony jointly investigated the latest incident and “reached a common understanding” that the battery pack itself was the cause of the heat and sparks.

Fujitsu advised users to operate computers by detaching Sony-made batteries and also asked users to detach AC adapters and place laptops in normal temperatures — not on carpets, sofas or other spots which tend to be easily heated.