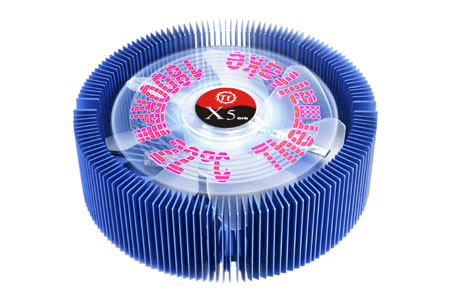 Thermaltake CPU cooler X5 Orb FXII is available in five eye catching colors. With a life time of 50,000 hours, the CPU cooler weighs 591g. Thermaltake X5 Orb FXII is more than just a high utility cooler, it is also an excellent decoration on your PC; it will not only satisfy you with its cooling excellence, but also with superb visual stimulation.