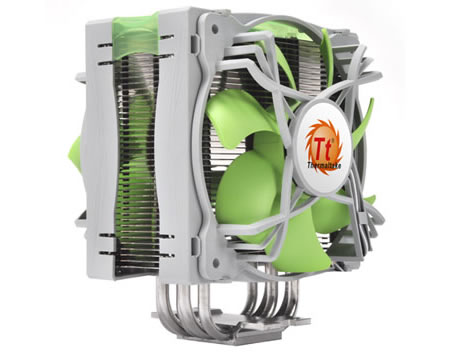 Thermaltake 靜 Jing the latest CPU air-cooler is specifically developed for silent operation while maintaining a maximum of cooling efficiency. . Its name is derived from the Chinese, representing “Silence” and carrying with it the concepts of comfort, excellence and exquisiteness. The universal socket support makes it compatible to all computer processors currently available on the market. With a maximum cooling capacity of up to 200W and an almost un-audible noise level of 16 dBA at a fan speed of 800 RPM, the 靜 Jing CPU cooler is the ideal solution for noise sensitive users expecting uncompromising performance. 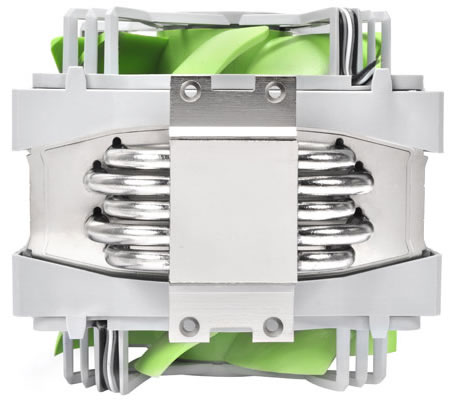 Unlike traditional up-side-down air flow designs, the 靜 Jing utilizes a tower side-flow design to optimize cooling performance. The two preinstalled extra silent 120 mm VR fans can be manually adjusted between 800RPM and 1300RPM according to differing user needs. By utilizing a particularly thin fan enclosure frame which is open to all four sides, noise generated by the airflow is reduced as much as any possible. The Thermaltake 靜 Jing CPU cooler is available at a suggested retail price of US$59.99.