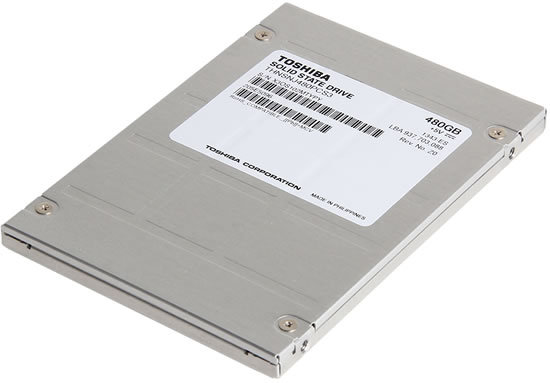 Toshiba today announced that it will expand its family of enterprise SSD with new models designed to support read intensive applications with SATA interface. HK3R series SSD have a 2.5-inch form factor, implement a 6Gbit/s SATA interface, and will be available in capacities up to 480GB. The drives support one full DWPD and are suited for server and storage systems for online transactions, cloud computing, online gaming and big data analytics, especially where customers are looking for a balance between cost, endurance and performance.

Toshiba has expanded its lineup of enterprise SSD products with the new enterprise read intensive HK3R series with SATA interface, in addition to the PX series , which uses SAS interface. The new HK3R series will start shipping from the end of this month.