VIA today announced Android support for VIA x86 embedded platforms, starting with support for the VIA EITX-3002 Em-ITX board. Key advantages for Android on x86 include leverage of Android development resources and existing apps, rich I/O flexibility, greater CPU performance as well as higher display resolutions of up to 1920 x 1080. In addition VIA has released SMART ETK, an Embedded Tool Kit which allows monitoring and control of peripheral devices through the Android OS, allowing for greater environmental control of kiosk and other installed environments. The VIA EITX-3002 is based on the unique Em-ITX form factor, and is powered by a choice of a 1.2GHz VIA Nano X2 E-Series or 1.0GHz VIA Eden X2 dual core processor in combination with the VIA VX900 MSP. The VIA EITX-3002 can support dual independent display for superior digital signage displays. 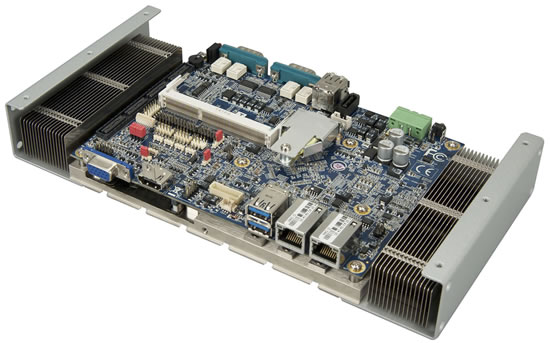