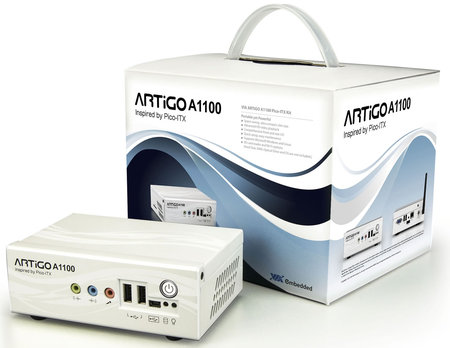 VIA launches the most extreme ultra-compact PC

VIA today announced the launch of its latest DIY PC kit, the VIA ARTiGO A1100, a sub-liter DIY PC kit for enthusiasts who want to taste the most extreme, ultra-compact desktop computing experience. The VIA ARTiGO A1100 takes inspiration from Pico-ITX, cramming a range of features that include a 64-bit processor, HD video support, HDMI and VGA display connectivity, Gigabit networking, Wi-Fi Support and five USB ports, all into a PC chassis that fits snuggly into the palm of your hand. The VIA ARTiGO A1100 is powered by a 1.2GHz VIA Nano processor. The VIA Nano processor is joined by the VIA VX855 media system processor, a fully integrated all-in-one chipset that brings exceptional multimedia experience to small form factor devices including playback of the most demanding HD video formats. 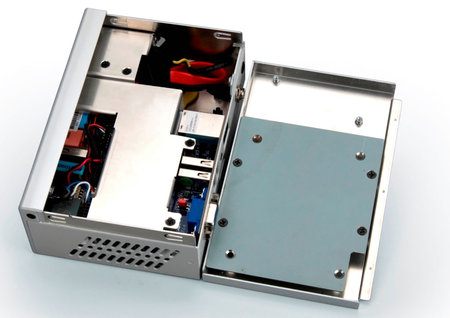 Measuring a mere 14.6 cm x 9.9 cm x 5.2 cm, this mini PC is suitable for a variety of applications in the home or office, including home server, media streaming and surveillance applications. Front and back panel I/O includes HDMI and VGA ports, a Gigabit Ethernet port, five USB ports including one USB device port, three audio jacks with optional wireless IEEE 802.11 b/g and SD card reader modules. Supported operating systems include Microsoft Windows 7, Windows Vista, Windows XP and a variety of Linux distributions. The VIA ARTiGO A1100 is available for approximately $243.00.