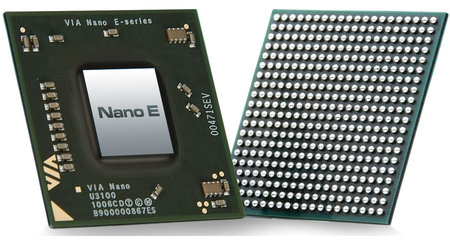 VIA today announced the VIA Nano E-Series processor, bringing native 64-bit software support, virtualization capabilities and extended longevity support to embedded markets. The move to 64-bit software architecture is an essential transition for the future of the embedded industry. Forthcoming operating systems such as Windows Embedded Standard 7 will be able to leverage a 64-bit software eco system that provides up to double the amount of data a CPU can process per clock cycle. VIA Nano E-Series processors have been designed to facilitate the shift towards new technologies that will shape the embedded industry for years to come.

The VIA Nano E-Series will mean that technologies such as 64-bit computing and virtual software deployment will become the norm, not the exception for tomorrow’s embedded system developers. The VIA Nano E-Series also supports VIA VT virtualization technology, allowing legacy software and applications to be used in virtual scenarios without impacting on performance. The VIA PadLock Security Engine offers hardware based data encryption standards that meet widely accepted international standards.