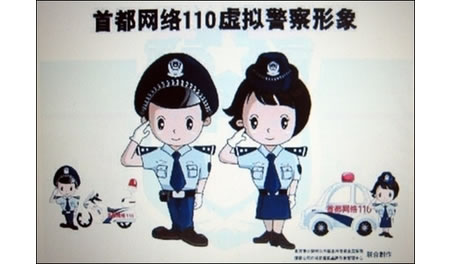 Virtual police officers will soon begin visible patrols on Chinese Internet sites to warn surfers they are being monitored. The cyber cops will be on the lookout for websites and Internet activities that incite secession, promote superstition, gambling, fraud and pornography, the China Daily said, citing Beijing’s public security bureau. The images of the “Beijing Internet Police”, one male and one female dressed in uniform and saluting, will from Saturday start popping up every 30 minutes on computer screens run by 13 major portals based in the Chinese capital.

As well as offering a reminder that “big brother” is watching, web users can also click on the cyber police images to connect with the Internet surveillance centre and report suspicious activities. While Chinese authorities have introduced the cyber police as a reassuring presence for web surfers, it will almost certainly give further ammunition to critics of China’s attempts to restrict the Internet.