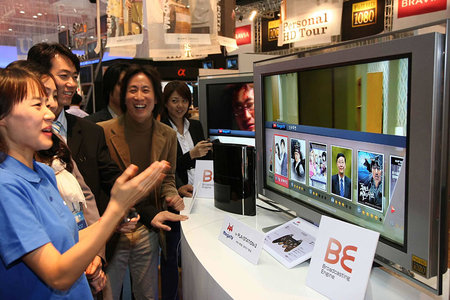 While in Korea download a 120-minute film in just 12 seconds!

Korea is to acquire the world’s fastest wired and wireless Internet service at 10 times the speed of the current service by 2012. The government and the communications industry plan to invest some W34 trillion over the next five years in the project. The Korea Communications Commission finalized plans for Internet services at an average speed of 1 Gbps through fixed lines and 10 Mbps through wireless. One Gbps allows users to download a 120-minute film in just 12 seconds. The aim is to give users seamless access to large-capacity, high-quality convergence services such as IPTV.

Although the super-speed internet will be available mainly in large cities, fixed-line subscribers in smaller towns in Korea will also have access to 50 to 100 Mbps Internet service allowing them to watch IPTV programs without a hitch.