BenQ today announced the launch super slim BenQ T800, an upgrade to the T700. At a mere 14.9mm, the BenQ T800 takes the record as the world’s slimmest 8-megapixel camera with a 3-inch, 232,000 pixel resolution LCD monitor with touch screen capabilities. The compact camera is equipped with a Super Shake Free system with a sensitivity of 2000 ISO and a high setting at 6400 ISO that can be engaged during movie mode. Users can record video with optical zoom in MPEG 4 format at 640 x 480 at 30 fps. Other new features include Face Tracking function and Z-lighting function. 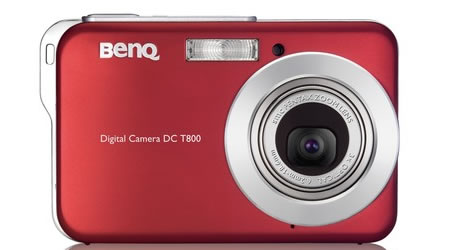