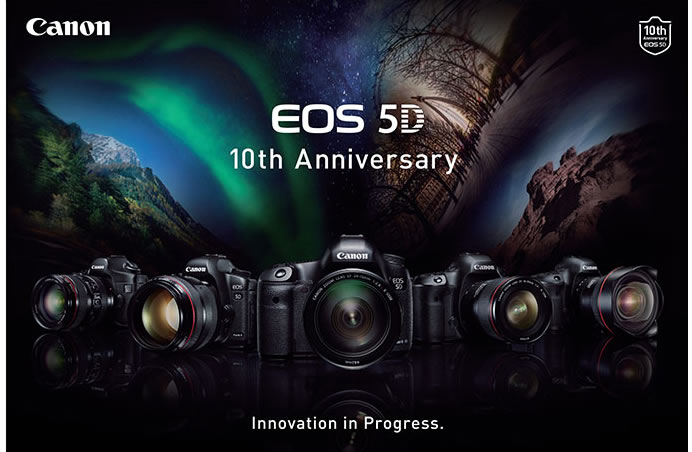 Canon announced today the celebration this year of the 10th anniversary of the introduction of the Company’s EOS 5D series of digital single-lens reflex (SLR) cameras. Launched in September 2005, the EOS 5D enabled advanced-amateur users to take advantage of the impressive high-image-quality performance and photographic expression unique to digital SLR cameras equipped with a 35 mm full-frame sensor, which, at the time, primarily targeted only professional-level users. At the time of its launch in September 2005, full-frame CMOS sensors were only made available in professional-level models. In addition to being the first advanced-amateur digital SLR camera to incorporate a sensor of this size, the EOS 5D was offered at a competitive price ($US$3,299 )contributing to the popularization of full-frame-sensor cameras. 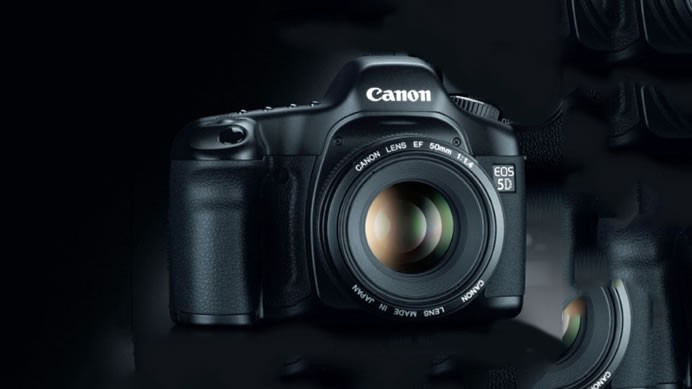 In November 2008, Canon launched the second-generation model in the series: the EOS 5D Mark II. The camera, which was the first in the EOS series to include a function enabling the capture of Full HD video, facilitated the widespread adoption of digital SLR cameras as a tool for capturing video. The EOS 5D Mark II made big waves in the motion picture and video production industries by delivering the exceptional image quality and impressive subject background blur unique to SLR cameras, while also allowing users to take advantage of Canon’s rich interchangeable EF lens lineup spanning over 64 models,2 enabling a wide spectrum of imaging expression possibilities. 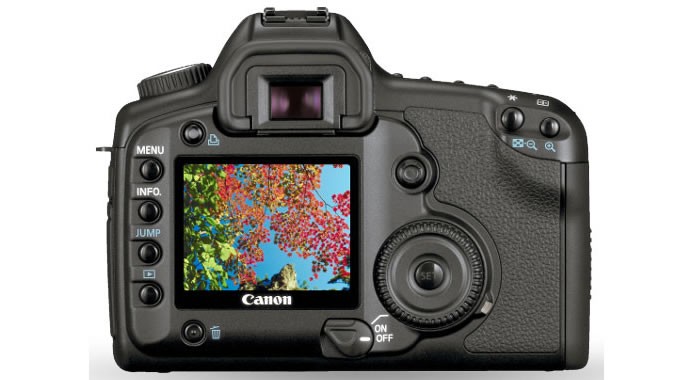 In March 2012, Canon introduced the EOS 5D Mark III, featuring dramatic improvements in still-image and video quality as well as enhanced AF precision and a faster maximum continuous shooting speed. Since its launch, the EOS 5D Mark III has garnered high acclaim in the market and, as the Company’s core advanced-amateur digital SLR camera, has come to serve as a driving force for the EOS series. Canon, through the in-house production of all key parts for its EOS series digital cameras, has made possible a highly robust lineup, ensuring that each and every model within the series, including EOS 5D-series models, is equipped with the optimal sensor.