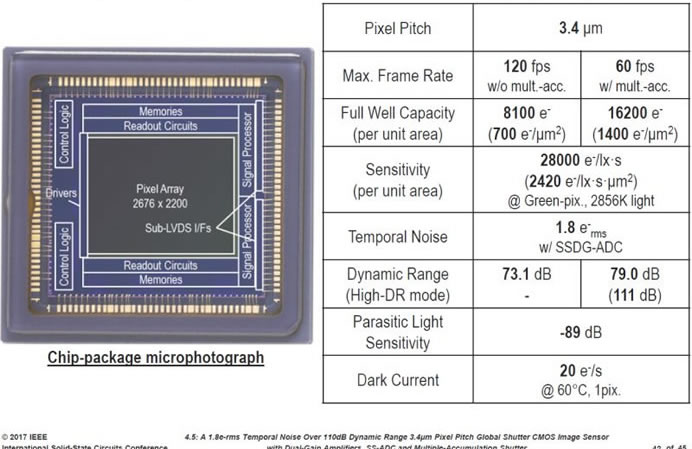 Canon announced the development of a CMOS image sensor that supports the global shutter (GS) technology and has a dynamic range of 111dB at ISSCC 2017 (lecture number: 4.5). Conventional CMOS sensors use the rolling shutter technology, which exposes lines of pixels in series (one after another). It causes a time lag when reading signals from each pixel, sometimes distorting the image of a fast-moving subject. The GS technology exposes all the pixels at the same time and is suited for taking images of fast-moving subjects.The dynamic range of the new CMOS image sensor is narrow. Canon solved this problem with two major improvements. 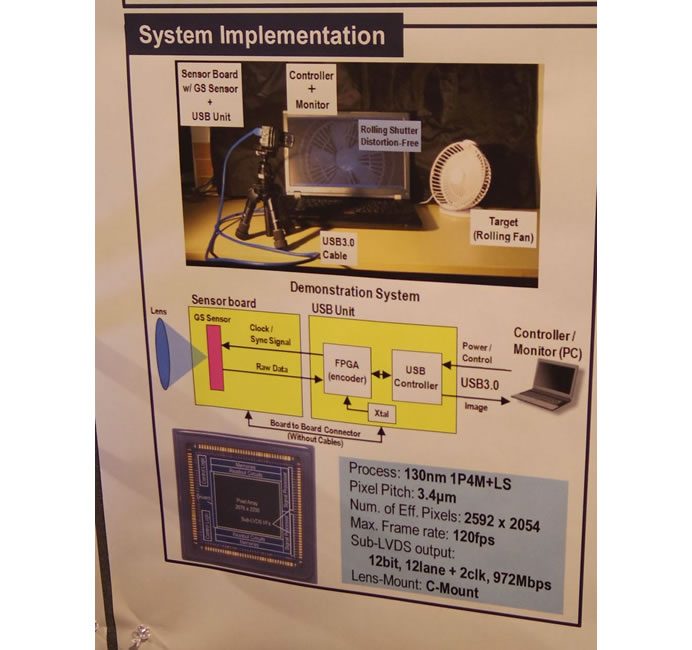 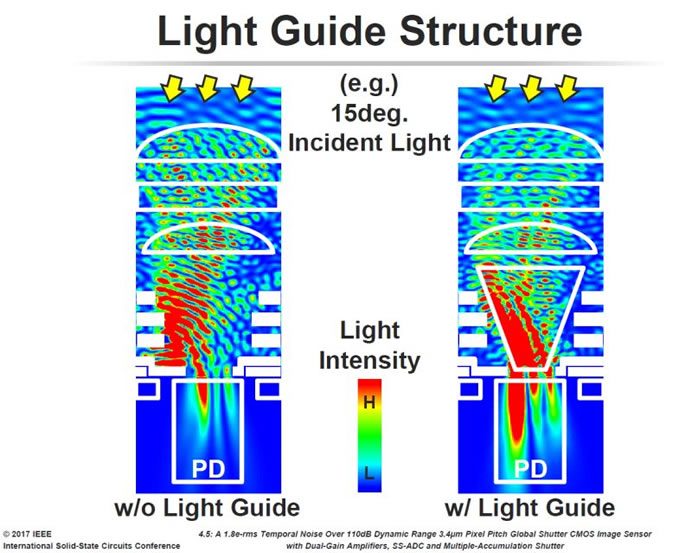 The dark temporal noise of the new sensor is 1.8 electronsrms. As a result, its dynamic range is 79dB with a frame rate of 60fps and reaches 111dB when HDR is applied. The method of reading out electric charge accumulated several times within time for one exposure is similar to the method that Canon employed for its GS-based 4k CMOS image sensor and announced at IEDM 2016. The technology announced at IEDM 2016 accumulated electric charge four times, but the company reduced it to two times this time. 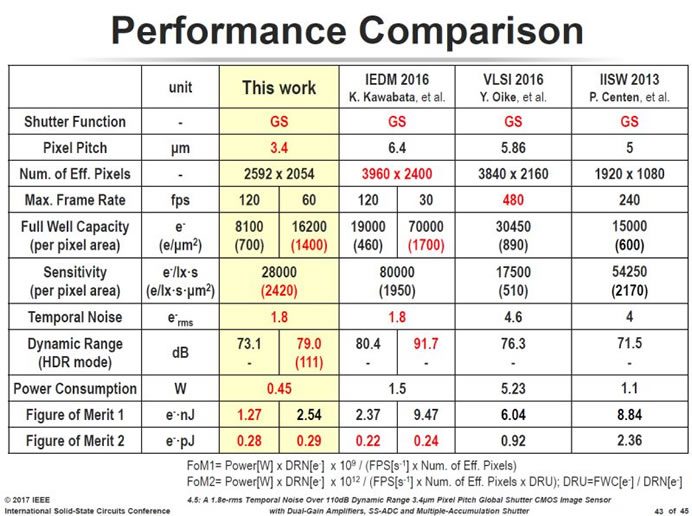 When the number increases, the size of memory needs to be increased. So, when the pixel size is not changed, it becomes necessary to decrease the size of PD, lowering sensitivity. The pixel size of the sensor announced at IEDM 2016 is 6.4μm, which is relatively large. However, the pixel size of the latest sensor is as small as 3.4μm. So, the new sensor accumulates electric charge only twice in the aim of preventing the memory size from increasing and the PD size from becoming too small. 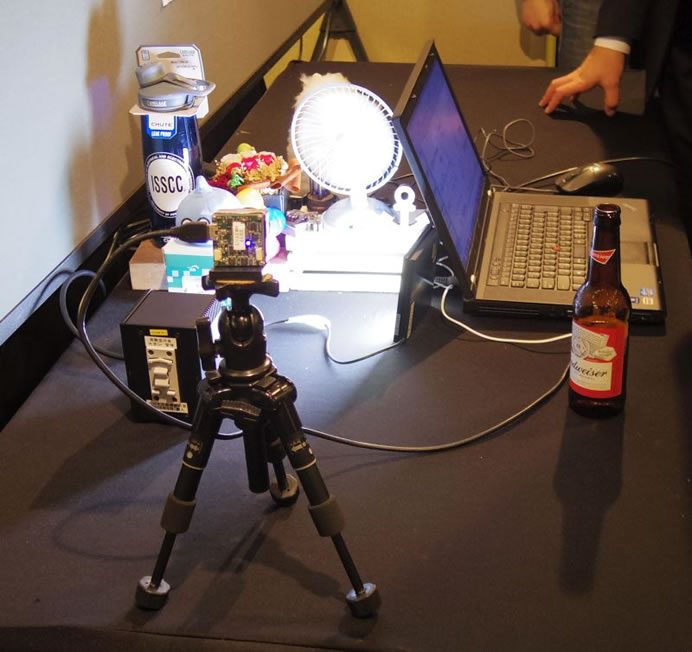 The size, pixel count, pixel pitch and power consumption of the CMOS image sensor are 2/3 inches, 2,592 x 2,054, 3.4μm and 450mW, respectively.Still, the PD size became smaller, lowering sensitivity. So, Canon improved sensitivity by forming a “light guide,” which collects light, in front of PDs. The sensitivity (parasitic light sensitivity) of the new sensor reaches 28,000 electrons/lx•second. This is the second improvement. In a demonstration after the lecture, the company used the sensor to take a picture of an electric fan with blades running.
Source:-