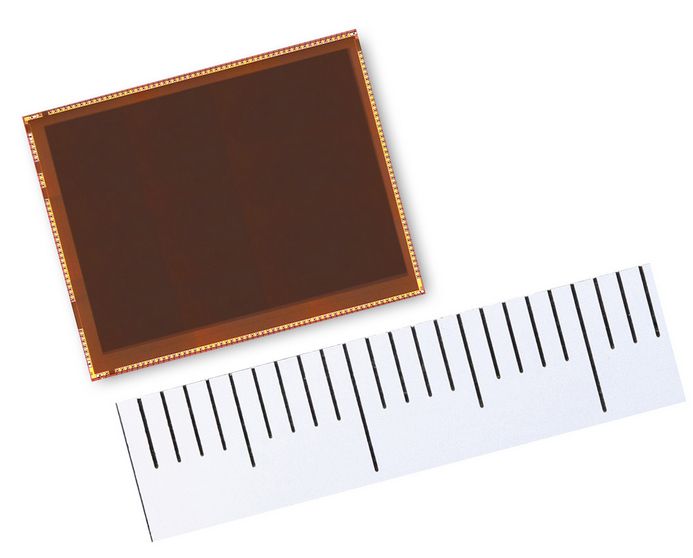 Canon announced that it has successfully developed an ultra-small 13.2 mm x 9.9 mm SPAD sensor capable of capturing the world’s highest resolution of 3.2-megapixel images—a higher resolution than Full HD (approximately 2.07 megapixels), even in low-light environments. A SPAD sensor is a uniquely designed image sensor in which each pixel possesses an electronic element. When a single light particle, called a photon, reaches a pixel it is multiplied—as if creating an avalanche—that results in a single large electrical pulse. With CMOS sensors, the readout of the accumulated electronic charge contains electronic noise, which diminishes image quality, due to the process by which accumulated light is measured. With SPAD sensors, noise does not interfere with the readout of light as electrical signals.

The newly developed Canon SPAD sensor utilizes a proprietary pixel architecture that reflects photons inside the pixel in order to effectively detect photons across the entire range of the effective pixels. Under equivalent light, this SPAD sensor can capture the same images as a conventional CMOS sensor while requiring only 1/10 of imaging area. This makes possible an ultra-small design that can be installed even in small devices and greatly increases sensitivity, including for light on the near-infrared spectrum, and realizes video capture with 3.2 megapixels under low-light conditions of 0.002 lux—darker than a starless night sky.

The SPAD sensor is capable of extremely high information processing speeds on the level of 100 ps (picoseconds, one-trillionth of a second), enabling it to capture objects moving at high speeds including photons. With a resolution that surpasses Full HD and high sensitivity that enables capture of faint light, the sensor’s unique rapid response functionality can be utilized in a wide range of applications including self-driving vehicles, medical treatment, diagnostic imaging devices and scientific precision measuring instruments.

By equipping cameras designed for low-light and monitoring applications with this new SPAD sensor, even video footage of low-light environments can be viewed as if it were recorded in bright areas, enabling identification of subject movement as though viewing with the naked eye in well-lit environments. The manufacturing of the new sensor will begin in the second half of 2022.