Canon U.S.A. has launched a new multi-dimensional marketing campaign, Long Live Imagination, which centers on a unique collaboration with one of Hollywood’s most influential directors, Ron Howard. On May 22nd, Ron Howard and Canon U.S.A. invited photographers of all levels to submit their most imaginative photographs based on a series of movie themes for Project Imagin8ion, the first user-generated photo contest in history to ultimately inspire a Hollywood short film. The Long Live Imagination site, designed as an interactive and engaging community for Canon users and photography enthusiasts, launched on May 22nd at youtube.com/imagination. As part of the overall “Long Live Imagination” campaign, Canon will be curating the most inspiring photography out there, championing the imagination of the masses while demonstrating the infinite possibilities of Canon digital imaging. 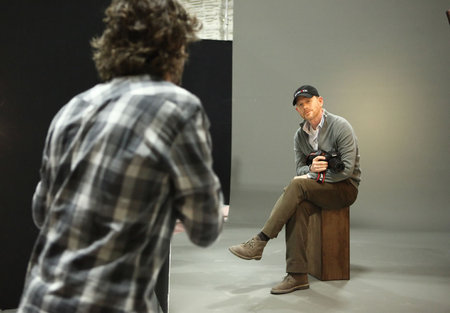 The customized Long Live Imagination brand channel on YouTube will serve as a meeting place and sharing community for Canon users and photography enthusiasts alike throughout 2011. The Imagination Gallery will be linked to other social media platforms including Flickr, Facebook and Twitter, so that users can easily share their photos, pose questions to the community and participate in real-time discussions. Though the gallery will launch as the home of Canon’s “Project Imagin8ion” initiative, the community page will live-on and continue to grow.