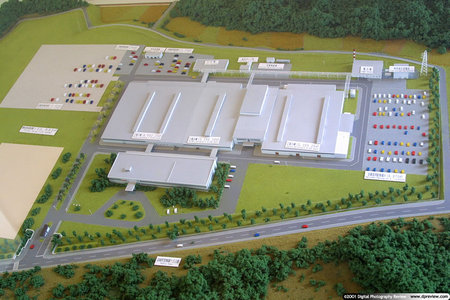 Canon plans to build a new digital camera plant in the southwestern Japan prefecture of Nagasaki. Canon,
which plans to ship 29.4 million units this year, expects to spend about 15 billion yen to build the plant in the town of Hasami, starting in January next year. The plant, Canon’s first domestic factory in 26 years, is expected to start operations in December next year to make about four million cameras a year with a workforce of over 1,000.

Canon selected Nagasaki as the site of a new plant because it is geographically close to an existing plant in Oita Prefecture, a benefit that can reduce logistics costs, the sources said. The Oita plant makes about 60 pct of Canon’s digital cameras.