Casio announced today the release of the EX–MR1, a new model in its EXILIM series of digital cameras. This new camera lets the user check her appearance with the mirror on the front of the camera when taking a self–portrait. The Casio EX–MR1 comes equipped with a 21 mm wide–angle lens, which is optimum for taking self–portraits. The EX–MR1 goes beyond ordinary digital cameras by adding a mirror on the front of the camera, realized by a special coating that allows light to pass through to the lens while also reflecting it out to the user. When looking into this mirror, the user is directly in front of the lens situated behind it, and can easily take a self–portrait with just a press of the shutter button. 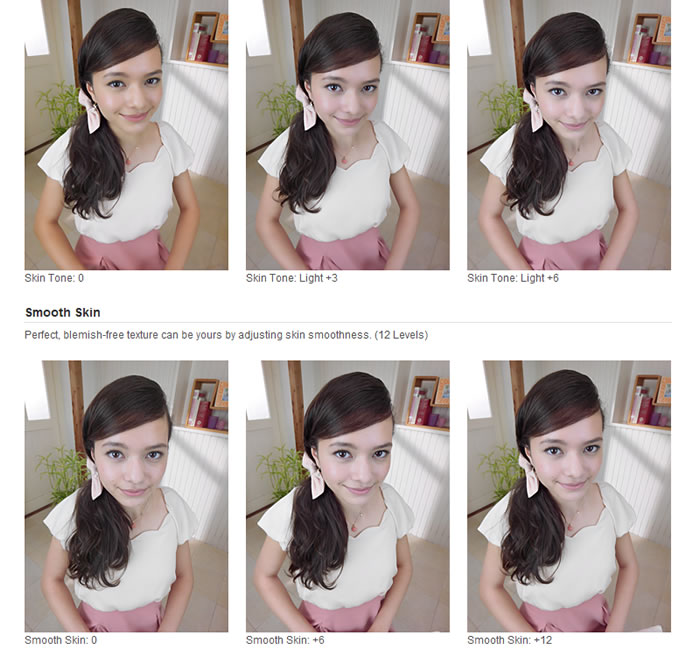 The EX–MR1 features the highly popular Make–up Mode by Casio, which allows users to choose from 6 levels of skin tone and 12 levels of skin smoothness effects. This mode can create the effect of skin brightening, so the user can enhance her appearance by adjusting skin tone to appear lush and glossy. The Casio EX–MR1 also comes with the Auto Rotation function, which automatically displays the image in its proper orientation, by recognizing whether it is a vertical or horizontal photo. So users can easily view self–portraits and group self–portraits.

Casio has loaded the EX–MR1 with various functions designed to create more personalized photos, including a Paste Subject Function for embellishing photos with 8 cute photo stamps and 8 types of photo frames, and the Blur Effect Function, which lets users enjoy creating unique artistic images with a radial blur that gradually softens the focus from the center of the shot. Users can use the camera’s Wi–Fi function to easily send images taken with the camera to a smartphone or tablet and to publish them on social networking sites with these devices.