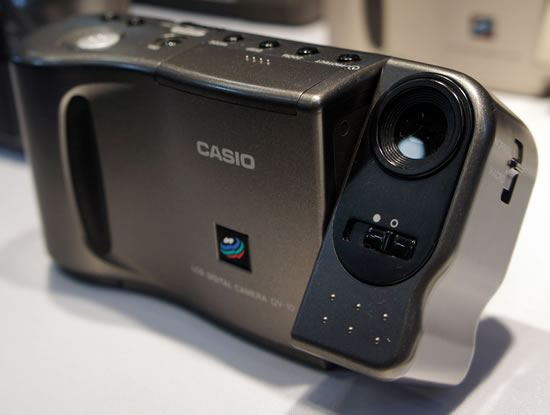 Casio announced today that the Casio QV-10 digital camera, originally released by Casio in 1995, has been registered as a 2012 Essential Historical Material for Science and Technology by Japan’s National Museum of Nature and Science. The QV-10 was the world’s first consumer-grade LCD digital camera, with an LCD screen on the back. The screen measured 46mm (1.8 inches) from corner to corner. The QV-10 became very popular, changing the world of cameras to the extent that the word camera itself now, by and large, means digital camera, not film camera. The registration recognizes the QV-10’s contribution to the rise in popularity of digital cameras. 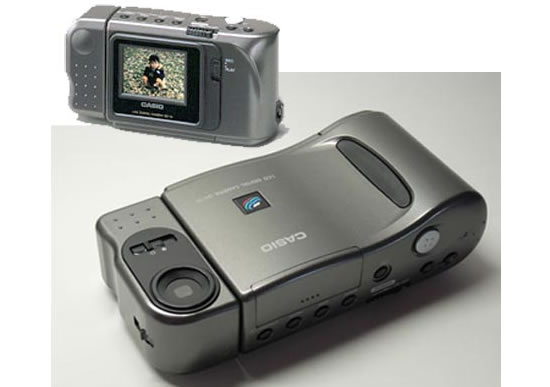 The Casio QV-10 was light and mobile enough to take anywhere. Photos were captured by a 1/5-inch 460×280-pixel CCD and stored to a semiconductor memory, which held up to 96 colour still mages. Furthermore, its price tag was a mere 65,000 yen, which at the time was virtually inconceivable. The QV-10 went on to become a huge hit product. Until the QV-10 came along, digital cameras were very expensive devices used mainly by news organizations and other media outlets. The registration of the QV-10 marks the third time that Casio has received this honor, following the CASIO-MINI electronic calculator in 2008 and the DC-90 digital camera prototype (nicknamed Ms. Atsuko and Ms. Omoko) in 2009.