Canon announced today the achievement of a new camera-manufacturing milestone as combined production of the company’s EOS-series film and digital single-lens reflex (SLR) cameras passed the 40-million mark. The EOS series, which stands for Electro Optical System and also carries the name of the Greek goddess of the dawn, was first introduced in March 1987 as a new generation of AF SLR cameras that incorporate the world’s first electronic mount system, achieving complete electronic control not only between the lens and body but throughout the entire camera system. In 1997, the 10th anniversary of the series, production reached 10 million units, and in 2003 passed the 20-million mark. After the rapid spread of digital SLR cameras, Canon went on to reach the 30-million mark during the series’ 20-year anniversary in December 2007, followed by the current 40-million-unit production milestone, attained after a short two years and four months. Furthermore, the EOS Digital series also recorded a production milestone of 20 million units. 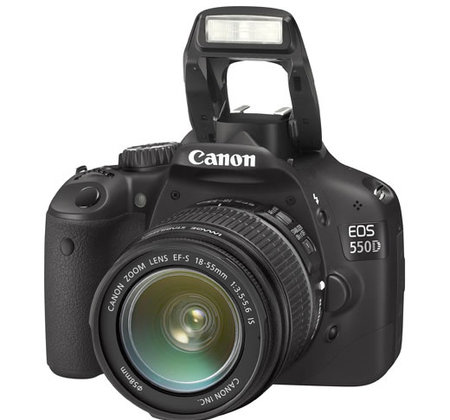