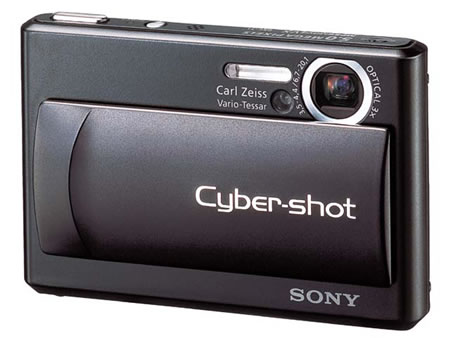 Sony Corp. has said it would recall eight types of Cyber-shot digital cameras due to a defect. The affected Sony Cyber-shot compact digital cameras might not work in warm and humid areas. The liquid crystal displays in eight models that went on sale from September 2003 to January 2005 may not show images correctly or the cameras may not be able to take photos at all. The affected camera models — DSC-F88, DSC-M1, DSC-T1, DSC-T11, DSC-T3, DSC-T33, DSC-U40 and DSC-U50 — were sold at home and overseas between September 2003 and January 2005.

Of the over 1 million models sold, Sony expects 4,000 could need repairs and it would repair any affected cameras free of charge. The problem, comes after the electronics maker swung to a quarterly loss due to the cost of recalling millions of computer batteries.
More Information (Japanese)