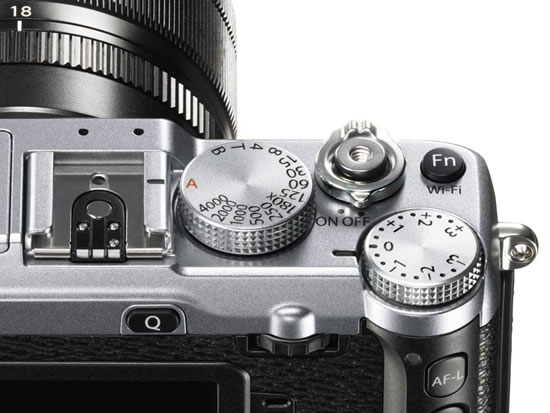 Fujifilm today announced a premium interchangeable lens camera with the latest APS-C X-Trans CMOS II sensor, the stylish Fujifilm X-E2. The X-E2 takes image quality to a dynamic new level that is comparable with full-frame cameras. It delivers even more beautiful color reproduction, higher definition image capture, and that world’s fastest AF speed of 0.08 seconds. This is achieved by more than doubling the processing speed of the EXR Processor II. It is able to harness the information taken from over 100,000 phase detection pixels incorporated in the X-Trans CMOS II. The hybrid AF also combines phase detection AF and contrast AF to ensure accuracy when shooting low-contrast subjects and dark scenes.

The 16.3 million pixels APS-C sized X-Trans CMOS II Sensor incorporate an original color filter array. This eliminates the need for an optical low pass filter that typically minimizes moiré but does so at the expense of resolution. Instead, the X-Trans CMOS II sensor can capture unfiltered light from the lens for an unprecedented level of image clarity. 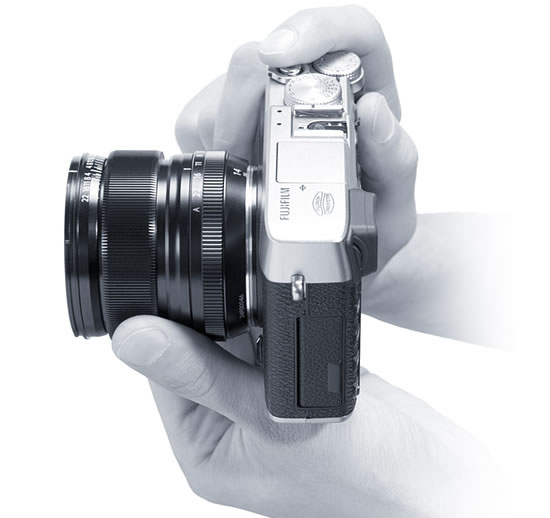 The X-E2’s prestigious feel continues with the combination of aperture ring on the lens and shutter dial on the top of the body as seen in its predecessor. This allows full shooting control while keeping your eye to the viewfinder. The X-E2 is available in solid black or two-tone black and silver. 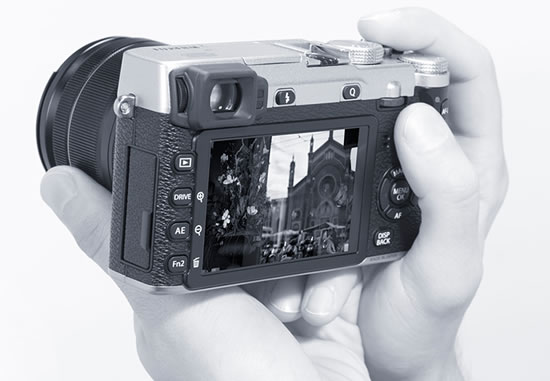 The X-E2 shoots Full HD video (1920×1080) up to 60fps and the AF tracking performance in movie mode has been improved with good focusing speed, accuracy and smoothness. Quick focusing on the subject is possible in a variety of situations, such as when panning and zooming, or when the subject moves closer to or further from the camera. Film simulation settings and exposure compensation (±2 EV) can be used during movie recording. Also a high bitrate (36Mbps) has been enabled. 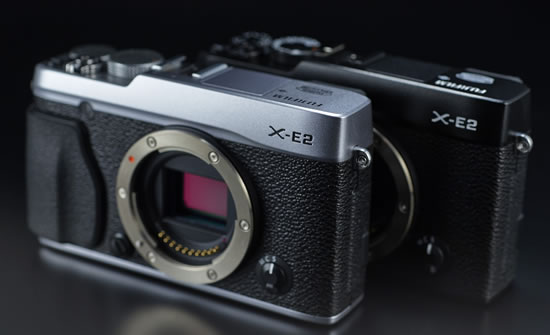