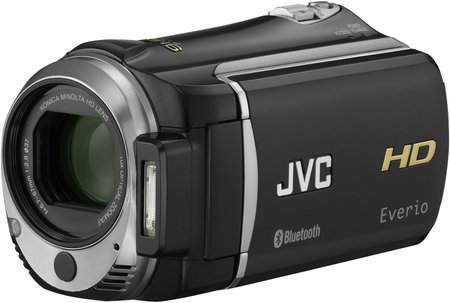 The GZ-HM550 offers Face Flow Thumbnail, a feature that displays thumbnails from a particular section of a video by automatically selecting and zooming into human faces. The JVC GZ-HM550 Bluetooth enabled camera is available now for $799.95.