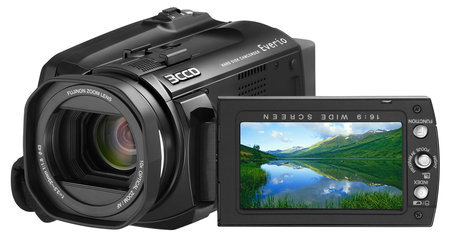 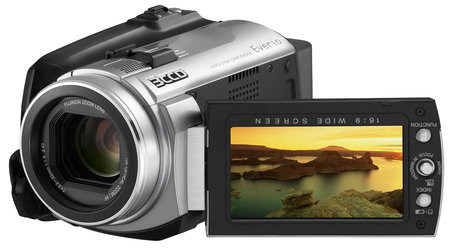 In addition, they offer 1080p 60 frame per second output via HDMI 1.3 with x.v.Color. Both camcorders offer a long recording time in 1920 x 1080 Full HD – 10 hours for the 120GB GZ-HD6 and five hours for the 60GB GZ-HD5. They record up to 24 (GZ-HD6) or 12 (GZ-HD5) hours in the 1440 LP mode. Recordings are stored on either the built-in hard disk drive or on an inserted microSD card (optional). Both models also offer a microphone input and a wide range of manual controls. The black GZ-HD6 also features a lens hood and headphone jack. The smaller silver GZ-HD5 weighs just 1 lb 3.9 oz with battery.

The JVC GZ-HD6/HD5 also come supplied with a full set of Windows applications for editing and authoring to DVD and Blu-ray disc, as well as plug-in software to facilitate data import into various Macintosh applications.