Nikon is pleased to announce the worldwide launch of the Nikon COOLPIX Capture more. Feel more. brand site, developed to increase the value of the COOLPIX brand of compact digital cameras, on September 30. The new Nikon Capture more. Feel more. brand site will feature a variety of contents and visuals representative of the “Capture more. Feel more.” tagline used throughout the world to describe the value and concept behind COOLPIX-series digital cameras. Not only will the site introduce the COOLPIX brand message, but it will also offer integrated collaboration with Flickr and Twitter, allowing users throughout the world to experience and share the COOLPIX world view themselves. The history of the COOLPIX series began in 1997 with the 0.3 megapixel Coolpix 100. 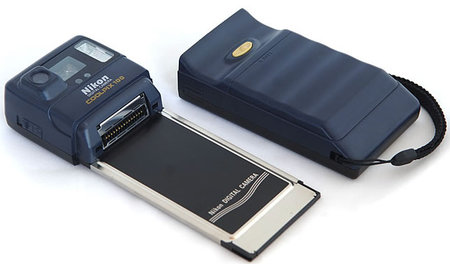 The Nikon Coolpix 100 camera was slim enough to fit in a jacket pocket and was equipped with an innovative new PC card function that allowed the camera body itself to be connected directly to a computer for data transfer. The cost of the Coolpix 100 camera at that time was almost $1000.