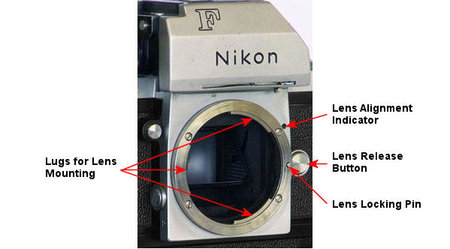 Nikon is celebrating the 50th anniversary of its legendary F-mount lens-mounting system, employed on the company’s lens-interchangeable SLR cameras and NIKKOR lenses. Apart from Nikon, no other maker has been able to sustain its original lens mount for such an extraordinary period. The Nikon F-mount was first employed on Nikon’s earliest lens-interchangeable SLR camera, the Nikon F, released in June 1959 and featured a three lug bayonet mount with a 44 mm throat and a flange to focal plane distance of 46.5 mm.Nikon has consistently utilized the same mount without changing its basic structure, even as other SLR camera manufacturers found it necessary to alter their lens mounts in response to changing technologies, such as autofocus compatibility and digitalization.

The basic structure of the F-mount has remained unchanged for half a century, serving as a bridge between NIKKOR lenses and a steady succession of Nikon SLR camera bodies. The Nikon F-mount, employed for even the latest, most advanced digital SLRs, has received and continues to garner the highest evaluations as a reliable, long-serving lens mount.