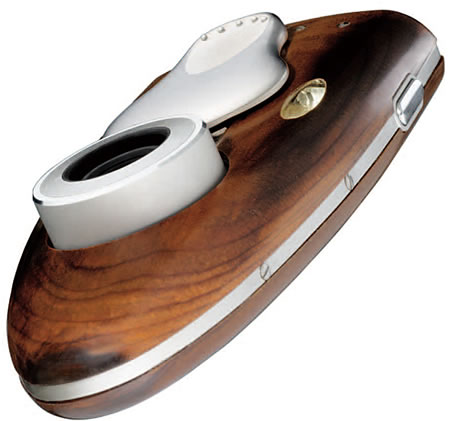 Olympus has announced a prototype of three dimensional camera made from Japanese evergreen wood at Photokina 2006.The camera is made by three dimensional compression of the wood using latest technology. Japanese cypress wood was compressed for the model. The hardness of the compressed wood exceeds that of plastic. The camera uses microscope lens A Japanese cypress is an evergreen that grows to between 100 and 130 feet tall with a base diameter from two to five feet. 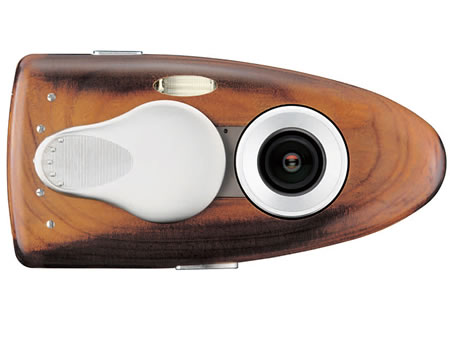 Its wood is known for its delicate quality, medium hardness, fine luster, fragrance and durability. It is the most desirable lumber in Japan, used to build Shinto shrines and Buddhist temples, as well as other buildings.
Via Olympus (japanese)