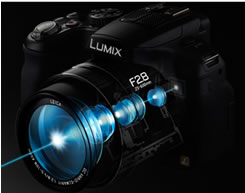 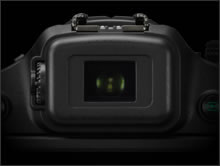 A newly developed 0.2-inch EVF (Electronic View Finder) features a 1,312,000-dot equivalent high resolution, 100% field of view and minimum screen freeze. The LUMIX FZ200’s body has been designed as a full-fledged shooting style digital compact camera with ultimate controllability. The side lever has been redesigned in the stroke and locating position, smoothing zoom functions. Focus can also be easily changed with this lever, allowing users to concentrate on shutter operation and get the perfect photographic moment. 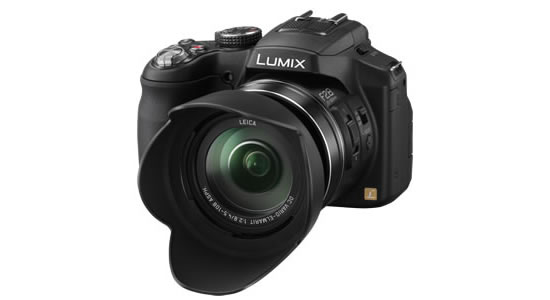 The built-in 70 MB memory provides extra memory when your memory card fills up. This is also a great place to store your favorite photos to view them anytime you want. Pricing and availability for the LUMIX DMC-FZ200 will be announced approximately 30 days prior to shipping.