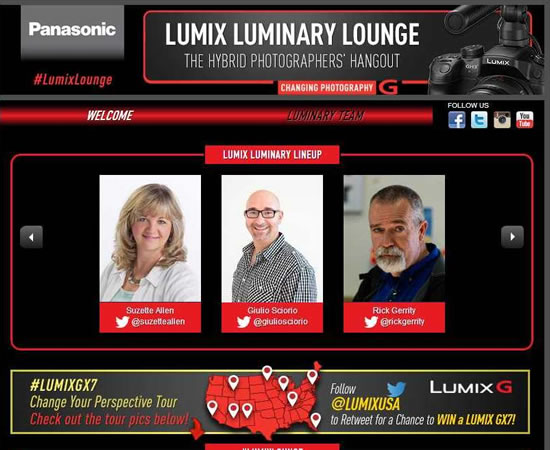 As ambassadors for the LUMIX G brand, the LUMIX Luminary Team will begin their journey in Chicago armed with the latest LUMIX Digital Single Lens Mirrorless Camera, the DMC-GX7. The tour will be documented on the LUMIX Luminary Lounge, with frequent postings of Hybrid and Still imagery and interaction with fans through tweets.