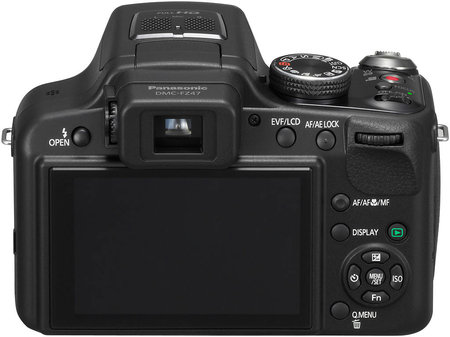 The Lumix FZ47 can take high-resolution consecutive shots at 3.7 fps in 12.1-megapixel full-resolution and maximum 10 fps at 3-megapixel recording. The DMC-FZ47 (FZ48) is an advanced photographic tool for recording not only great photos but also beautiful full HD 1,920 x 1,080 videos in AVCHD (MPEG-4 / H.264) format. The AVCHD format features almost twice the recording time in HD quality than the conventional Motion JPEG and excels in the compatibility with AV equipment like HDTVs or Blu-ray Disc players.

The Lumix FZ47’s 24x optical zoom optimized for video recording with a mechanism designed to minimize the noise of AF and zooming. The full-HD video capability is complemented with the high-quality stereo sound of Dolby Digital Stereo Creator, to offer extremely realistic audio. And with a Wind Cut function, the Lumix FZ47 reduces noise from background wind automatically. While shooting video, users can simultaneously take a 3.5-megapixel still photo. The Lumix FZ47 is unique in that it features a Creative Video mode, which lets the user set the shutter speed and aperture manually. Changing the shutter speed brings special effects to videos, which is especially suitable for shooting a fast-moving subject. The ability to control the aperture is convenient when there are several subjects at different distances and it is desired to have each of them stand out.

A stereo microphone, featuring Dolby Digital Stereo Creator, records dynamic, true-to-life stereo audio that brings out the power of your HD videos. It also features zoom microphone function, and a silence design that helps suppress lens drive noise.
On the other hand, for those users who would prefer not to change any settings, the Lumix FZ47 also features Panasonic’s iA (Intelligent Auto) mode. The Panasonic Lumix DMC-FZ47 with built0in 70MB memory records images and movies on Secure Digital cards including the newer SDHC and SDXC types. The camera is powered by a 7.2V, 895mAh proprietary lithium-ion battery, rated as good for 400 shots on a charge to CIPA testing standards. The Panasonic Lumix DMC-FZ47 ships in August 2011, priced at around $400. 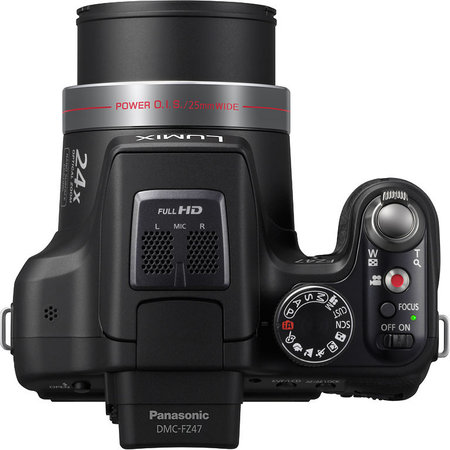 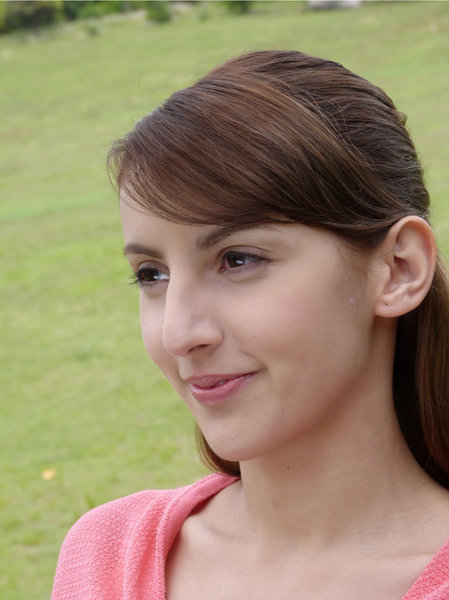